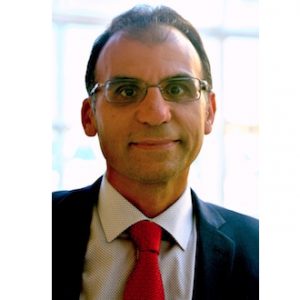 Joe Longo is the co-founder and Director of Engineering at DTIS. He is a senior systems engineer with over 25 years of experience developing and deploying cutting edge air traffic technologies in the U.S. National Airspace System (NAS) for the Federal Aviation Administration (FAA). Mr. Longo specializes in the full life-cycle development of FAA surveillance and automation systems; from mission need definition, concept development, user workgroups, installation, testing, field evaluation, and system commissioning. Mr. Longo has also focused on the harmonization of requirements with operational need, interoperability of surveillance and automation, and the robustness of the FAA NextGen systems.

His unique background and experiences have proven that Mr. Longo is not only able to create quality solutions, but to also lead teams efficiently and effectively to accomplish customer goals. Under his leadership, DTIS instills an unparalleled level of confidence into all of their customer projects in the high pressure world of air traffic systems.

Mr. Longo attended Geneva College where he received a Bachelor of Science degree in Electrical Engineering. He is a certified Project Management Professional (PMP).